Recently, I decided to buy ‘Blossom Tales: The Sleeping King’ on my Nintendo Switch in an attempt to scratch my old-school action-adventure itch, while we are all waiting for Nintendo Switch Online and the supposed NES games coming with that.  I think I’m slightly late to the party when I say that I absolutely adore this game.

Released back in early 2017 by developer Castle Pixel, LLC. and published by FDG Entertainment, there is a massive amount of charm on display here. From the cute setup of the story to the well-realized pixel art, there’s plenty to like about this game. It’s a huge throwback to action-adventure games of old and the comparisons that can be made to games like ‘The Legend of Zelda: A Link to the Past’ are innumerable. 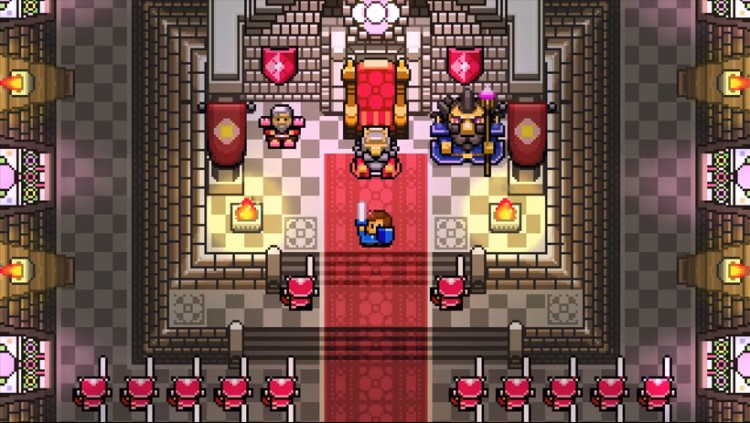 This game definitely understands the pedigree that it came from and overall, that’s great. Fans of the older Zelda games will instantly recognise a variety of mechanics found in Blossom Tales. The overhead perspective is present, with the player character moving in the cardinal directions from screen to screen. Heart containers can be collected through a variety of puzzles and challenges to bolster your chances of survival, there are themed dungeons with bosses, while items can be found and used in specific scenarios and against said bosses.

All very solid, if slightly generic mechanics to have in a video game. There are other, more unique aspects too though. There’s also a stamina meter that you can upgrade in a similar fashion to the heart containers, and this makes combat a little more tactical. Your sword can be used almost indefinitely but wouldn’t it be better to use a ranged attack that costs some stamina? Decisions, decisions.

While the game is mechanically sound, I think it’s the story that shines through. The very core of the narrative is pretty generic, with the hero travelling the world to save someone who is danger from an evil villain. What really elevates this game is the wonderfully cute way that the story is framed. The adventure begins when Chrys and Lily wake their sleeping Grandpa with the hope of him telling them an epic and heroic tale. Grandpa begins to tell his grandchildren about “a brave elf boy who lived in a magical land called H-“, but is cut off because he’s told that one a million times.

This is a playful acknowledgement of what has come before and really sets the lighthearted tone. Grandpa instead tells the tale of the grand Kingdom of Blossom where the young Lily lives…and this transitions into the game proper. It’s a wonderfully charming way to start, and that charm continues throughout the game.

At various points, the children will interrupt the game-play with their thoughts and reactions to what is happening. A few small decisions can also be made, mostly ones concerning which enemies are encountered first. If Lily should die, then both Grandpa and the children will react accordingly. It’s a great aspect of the game that really builds a charming narrative, but it also reminds the player that it is an actual narration.

Overall, there are a lot of things to love about this game. A minor nitpick that I have is with the graphics. While visually appealing and extremely well rendered, the pixel art has nowhere near the level of detail that the games of the past it is trying to emulate have. A shame, but nothing that ruins the game. 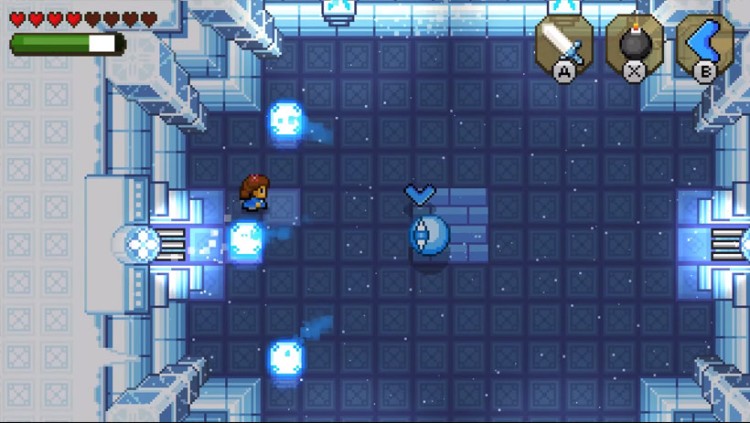 I found Blossom Tales: The Sleeping King to be a very enjoyable experience despite the fact that it ended up being far shorter than I had hoped. It was definitely too easy in the latter parts of the game after I had spent the time collecting many of the available power-ups, but other than those slight negatives I would highly recommend it to anyone wishing for an alternative to The Legend Of Zelda games.

Thanks for reading my review of this truly adorable game! If you liked it, then please follow this blog for similar content in the future. If you liked the sound of this game then why not consider buying it through this affiliate HumbleBundle link? You can help charity, reward the developers for their hard work, and support this blog in the progress!

2 thoughts on “‘Blossom Tales: The Sleeping King’ is super adorable!”